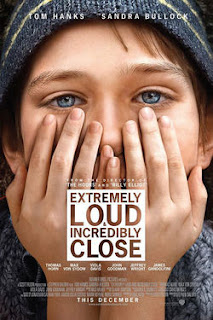 SYNOPSIS: Nine-year-old amateur inventor and expeditionary expert Oskar Schell embarks on a new expedition throughout the boroughs of New York City to discover the lock that matches a key that he finds in his father's closet a year after his death in the World Trade Center on September 11, 2001.


REVIEW: Director of such gripping films as The Hours, The Reader, and Billy Elliot, the three time Oscar nominated director Stephen Daldry has made a name for himself as an careful and caring craftsman of big screen cinema. Bringing to life a script from Oscar winner Eric Roth (Forrest Gump, The Curious Case of Benjamin Button) and Jonathan Safran Foer (Everything is Illuminated), Daldry continues with his fine work. 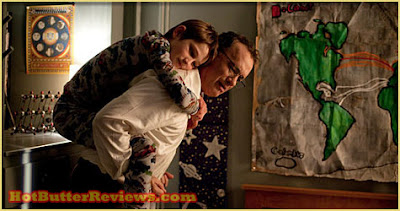 New York City Jeweler Thomas Schell (Tom Hanks, Larry Crowne) spends his spare time concocting expeditions for his son Oskar (Thomas Horn) to stimulate his mind and reasoning, and force him to step outside his comfort zone to interact with people and travel through New York City's Five Boroughs. When Thomas is killed in the World Trade Center on September 11th, 2001, Oskar and his mother Linda (Sandra Bullock, The Blind Side) finds themselves grieving in their own way. A year later, when Thomas summons the courage to venture into his father's closet, he stumbles upon a key in a blue vase. Trying to keep his father's memory alive, Oskar embarks him on a new expedition to find the lock that the key opens, starting only with the key itself and a name written on the outside of the envelope it was found in. Focusing on the name on the envelope, Oskar faces his fears head on in order to track down all the possible leads. Along the way, he enlists the help of his grandmother's renter (Max von Sydow) to travel with him in his expedition.

Extremely Loud and Incredibly Close is a emotional journey through the eyes of a 9-year-old starting with a catastrophic event a decade ago that has affected and continues to affect many families across America and the world. Using the events of September 11th, 2001 as the backdrop, Oskar's journey is as much about the emotional aftermath from that event as it is about the many facets of life that continues on. As Oskar tracks down all possible leads, he is brought face to face with the many slices of life in New York City. Every person or family he encounters brings new perspective, but may or may not bring Oskar any more clarity to the memory of his father or closer to the device or object or location that the key unlock.

And what of regret? As both Linda receives a cell-phone call from Thomas that he is alright on the upper floors of one of the World Trade Center towers where he was having a meeting, she can look outside her office building to see the smoking wreckage that the crashing planes had wrought to that point. What can be said in the midst of that phone call? And farther uptown a young son, released from school and sent home, realizes from the messages left on the answering machine that he has missed the event almost entirely.

Across the board, the performances are stellar and deep. From Tom Hanks' seemingly happy-go-lucky Thomas whose nurturing and understanding of his son's special way of thinking lead to extraordinary measures to Thomas Horn's freshman acting effort as Oskar that includes pain, hope, secrecy and discovery, Roth's story from Foer's novel under Daldry's direction is a beautiful, haunting, and hopeful look at the the healing of a family and of a nation. Viola Davis (The Help) is a wounded woman in her cameo as Abby Black. Sandra Bullock masks a deep pain from her son as Oskar's mother Linda, reinforcing the Oscar worthy performance she is capable of. And Max von Sydow as Oskar's grandmother's renter is brilliant as he speaks volumes with only his tattooed hands, shrugs and Sharpie marker.

Extremely Loud and Incredibly Close is a portrait of the pain that continues a decade after the worst assault on our nation, but focuses more closely on the struggles and discoveries of an intelligent, but troubled young boy with that past event as the backdrop. Tearful and emotionally exhausting, this film will resonate long after the houselights come up

WORTH: Matinee and DVD