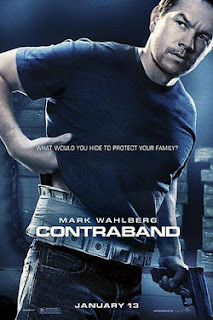 SYNOPSIS: Although trying desperately to leave his life of smuggling behind him Chris Farraday is forced back into the 'life' in order to protect his brother-in-law from a drug lord, traveling to Panama to score millions in counterfeit bills.


REVIEW: One of Iceland's most popular and critically acclaimed actors, Baltasar Kormákur has made an even bigger name for himself as a director (Inhale, A Little Trip To Heaven). Newcomer screenwriter Aaron Guzikowski adapts a script to Americanize a new version of the film Reykjavik-Rotterdam by Arnaldur Indriðason and Óskar Jónasson. 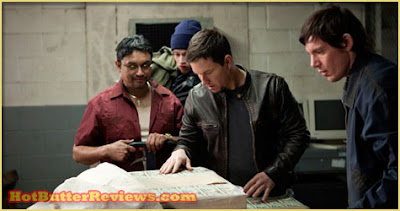 Chris Farraday (Mark Wahlberg, The Fighter) enjoys life as a security specialist with his own company, loving wife Kate (Kate Beckinsale, Underworld) and two young boys. Behind him are the days of smuggling, stupidly walking in his father's footsteps (William Lucking, 'Sons of Anarchy'). With his father now in prison, Chris has straightened his life out, taking his smuggling sidekick Sebastian (Ben Foster, 3:10 to Yuma) with him. But times change when Kate's younger brother Andy (Caleb Landry Jones, X-Men: First Class) takes a run from Panama for local drug lord Tim Briggs (Giovanni Ribisi, Gone in 60 Seconds) but has to dump the drugs overboard when customs agents come aboard for a random search. With Briggs still wanting his money, Chris is forced to make the decision to get back into the smuggling trade for one last score to 'balance the books' with Briggs. Assembling a team of smugglers for the job of 'importing' counterfeit super bills, Chris reteams with Andy, just married Danny Rayner (Lukas Haas, Inception), Tarik (Kevin Johnson,The Philly Kid) and Igor (Olafur Darri Olafsson, Children) and get papers to board a container freighter captained by an all too suspicious Captain Camp (J.K. Simmons, Juno). When everything does not go according to plan, Chris needs to make some tough decisions for the job, and for his family.

Unfamiliar with the original film, I cannot compare the two. But what I can tell you is that Contraband packs quite a suspenseful wallop. Mark Wahlberg does what he does best. He kicks ass, knows how to puts a plan together, and holds to a moral center in an immoral trade. Imagine The Italian Job without all of the slick antics. The summary storyline and the inclusion of Giovanni Ribisi may make you think of Gone in 60 Seconds, but the similarities end there. Giovanni may still be sporting the scraggly, not-all-there beard, but his character's Cajun accent and brutal methods erase any thoughts of the younger brother of a boosted car ringleader. Ben Foster, as versatile as ever as Sebastian, plays opposite ends of the spectrum with equal efficiency as Chris's former sidekick, protector of Chris's family while Chris runs the job, recovering alcoholic, and building site contractor. Kate Beckinsale is beautiful as ever as Mrs. Farraday, but only pulls out her big guns once or twice when her family is threatened. When the crew hit the open waters, J.K. Simmons Captain Camp is a wiry cat suspicious of Chris and quick to show Chris who the captain of the ship truly is. And once the crew hits the streets of Panama, Chris and crew face an assortment of crazy smugglers and drug lords that make Chris's work so much tougher. New boss Gonzalo (Diego Luna, Milk) may be the same as the old Jeffie, but loco en la cabeza.

The action is slow to start, honing in on the customs agents boarding the freighter and Andy losing the drugs he was to deliver to Briggs. Then the story tilts to Chris and Kate enjoying a wedding reception for their friend Danny, proving that his legitimate life IS all its cracked up to be. Even the time aboard the freighter only holds preparation and confrontations between Chris and the captain. But once Chris and crew step foot on the soil of Panama, the story is a non-stop roller coaster ride of gun fights, close calls, double crosses, and uncertainty. There are even some laughs thrown in for good measure. One thing that Wahlberg is good at is being the straight man with the best funny one liners. The other things he is good at is throwing a good punch and getting himself out of tight spots.

Gritty, dirty and out-of-focus at times, Baltasar Karmakur keeps all the slick sharp perfectly centered action where it belongs - not in the film. He uses New Orleans and Panama as perfect rough backdrops to match the his style of filmmaking. The fight scenes are bloody and up close, a la Ryan Gosling's Drive, and there are enough twists, turns and surprises along the way to keep everyone white-knuckled and entertained for the entire second half of the film.

Slow to start, but accelerating quickly and sustaining high speed throughout the rest of the film, Contraband may be an Americanized remake, but stays away from the traps of the glitz and glamor that Hollywood adds to most of its big budget action films. The villains are ruthless or crazy, keeping Wahlberg's Chris in uncertain peril throughout and keeping the stakes at an all-time high. Smuggling may be the wrong side of the law, but you do root for Chris for the work he has to complete to keep his family safe. The ending may not be picture perfect like in Wahlberg's The Italian Job, but definitely worth the time - for Wahlberg fans and gritty action drama cineasts.

WORTH: Matinee or Rental